What is Antarctica?
Be met by stretches of glistening ice sheets, colonies of penguins and spectacular sunsets as you set sail to explore the world’s southernmost and second smallest continent – Antarctica.

Covering an area of 14 million square kilometres, almost twice the size of Australia and home to 90% of all ice on earth, it’s easy to see why Antarctica is known as “the land of snow and ice”. One of the least explored continents on earth, and considered to be the coldest, windiest and driest places on Earth, no humans permanently reside here. Instead, approximately 4,000 scientists across 70 research stations spend the summer conducting important scientific investigations, operations and maintenance, reducing to only 1,000 scientists in winter.

The mainland of Antarctica was first sighted in 1819 with the American seal hunter John Davis the first person to step foot on Antarctica mainland. However, Norwegian explorer Roald Amundsen was the first man to travel to Antarctica’s interior, planting a Norwegian flag on 14 December 1912 in the Race to the South Pole. To protect Antarctica’s future, the Antarctic Treaty was signed in 1959, where no nation or group of people can claim any part of the Antarctic as territory and is dedicated to peace and science.

Antarctica is not limited to just the mainland though. The Antarctic Peninsula stretches from the Antarctic continent towards the southern tip of South America, separated by the Drake Passage and includes island territories including South Georgia, South Shetland Islands and the Falkland Islands.

Divided into East and West Antarctica, by the Transantarctic Mountains, the east covers approximately two thirds of the continent with the Antarctic ice sheet, the largest single piece of ice, dominating the region, which almost doubles in size during the winter months. Antarctica is also home to at least two active volcanoes, with Mount Erebus the 2nd highest volcano in Antarctica at 3,794 metres, boasting a persistent convecting phonolitic lava lake, one of five long-lasting lava lakes on Earth.

Although mainly covered by ice, the only plant life that can be found is moss, lichen and algae, particularly in the north and coastal regions. Only the Adelie Penguin calls Antarctica home; however the waters around Antarctica are some of the most diverse with an abundance of whales, penguins and fish. 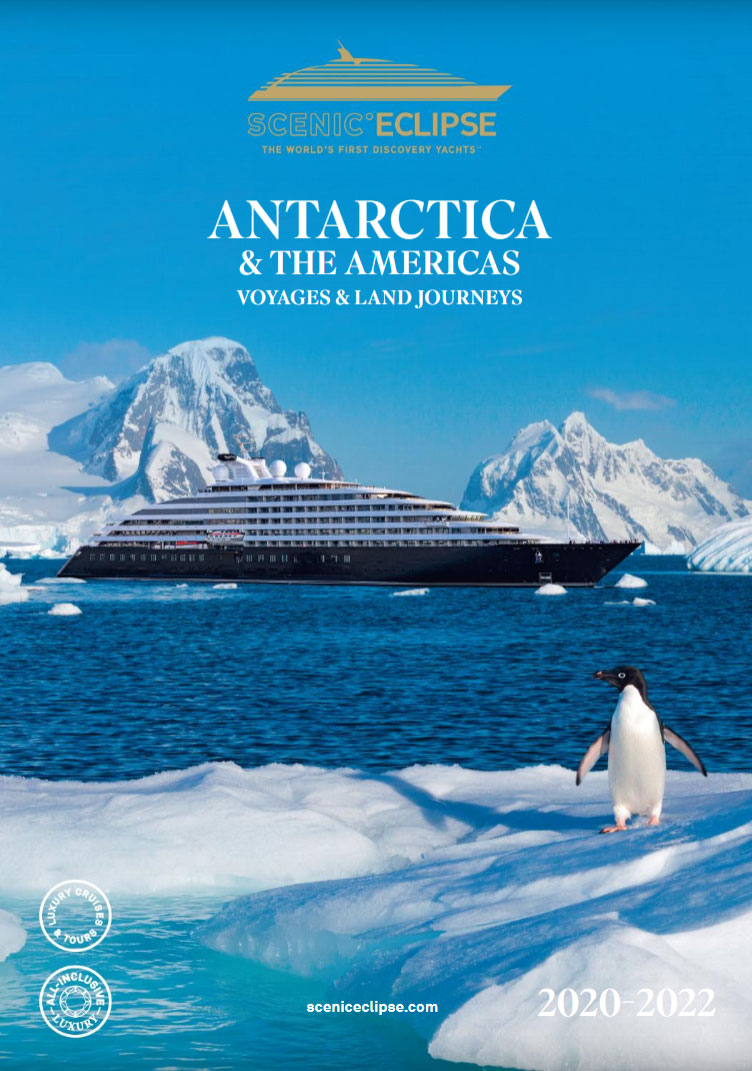 From the Captain and Crew on the Bridge