For the love of whiskey: Tracing the roots of the world's favourite spirit

"Too much of anything is bad, but too much of whiskey is barely enough."

It was Mark Twain who said “Too much of anything is bad, but too much of whiskey is barely enough.” Had Twain been around to cruise on Scenic Eclipse, his refined palate would’ve appreciated the 110 varieties of whiskey at the all-inclusive on board Whiskey Bar. The premium selection includes single malts such as a 25-year-old Glendullan, a 30-year-old Jura The Loch and a 16-year-old Lagavulin, super-premium blends such as Johnny Walker Blue, Ireland’s Jameson Select Reserve Black Barrel and many more from around the world, Twain would have been delightfully spoilt for choice.

Whiskey has a fabulous and intriguing history, with both the Scottish and the Irish claiming to be inventers of the cherished beverage. The truth is, no one really knows for sure. The source of the process of distillation can be traced to Mesopotamia in 800 AD where Babylonians were believed to distil solutions such as perfumes.

Around 1000 AD, travelling Christian monks took the formula of distillation into Ireland and Scotland, where, due to the unavailability of wine, the monks were compelled to distil barley beer into a liquor. Whiskey evolved, along with the unending debate between the Scottish and the Irish.

Given the hazy, intertwined beginnings, how different are Scottish and Irish whiskeys? For starters, Scotch whisky is spelled without the ‘e’ and Irish whiskey is spelled with the ‘e’. Scotch is made with malted barley, distilled twice and aged in oak barrels for a minimum of three years. For whiskey to be known as Scotch, it has to be have been made in Scotland from start to end. Single malt Scotch is malt whiskey from a single distillery.

Irish whiskey is made with unmalted barley, is usually distilled three times and aged in oak barrels. The extra distillation of Irish whiskey brings about a marked difference in taste. Scotch has a fuller, heavier taste, while Irish whiskey, by contrast, and has a lighter, and smoother taste.

Other varieties of whiskey include bourbon, rye and blended. Bourbon is made from at least 51% corn mash, aged in new oak barrels, and is only produced in the United States. Rye is also made in America and is composed of 51% rye. Blended whiskey is usually made from a blend of various aged whiskies.

Today, whiskey is produced in many countries around the world. The most popular varieties come from Scotland, Ireland, Canada and United States, with New Zealand and Japan quickly joining the ranks. Scenic Eclipse guests have the chance to sample whiskies from nearly all the major whiskey producing regions, and some more limited edition vintages. With an incredible display case, backed by a wall of translucent quartz crystal, putting the 110 varieties of whiskey on display, resistance is futile. And, of course, it's all included on Scenic Eclipse. 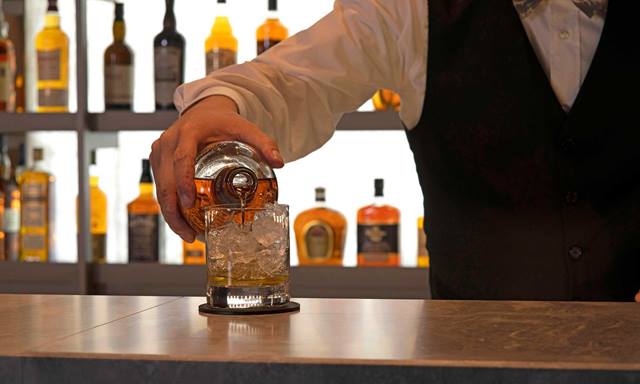 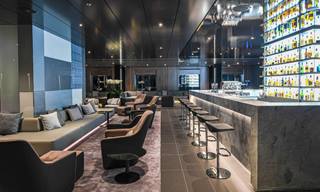 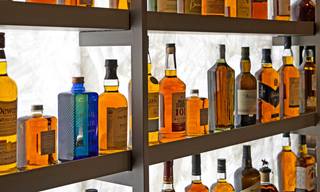 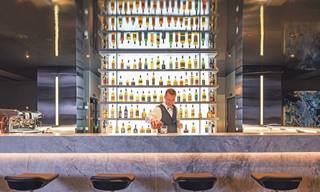