Speciality cruises
Scenic constantly strives to deliver a new sense of wonder and excitement to our guests.

We work with experts and contacts in the field to develop inspiring new programs and itineraries all over the world. Whether you're looking for a gourmet cruise, an expedition-style cruise, an active adventure —or just hoping to explore a world that is new to you—you'll find all our speciality cruise options listed below.

14 April - 9 October 2022
Floriade is a celebration of all things green and is held just once a decade in The Netherlands. In 2022, for the seventh expo, Floriade will be hosted by the modern 'garden city' of Almere, close to Amsterdam.
Running from April to October, Floriade Expo 2022 will include an extensive number of exhibits and events, with the theme of ‘Growing Green Cities’, encompassing green, food, energy and health.
The perfect accompaniment to a truly all-inclusive river cruise, Scenic will host a number of river cruises to coincide with this colourful Expo. 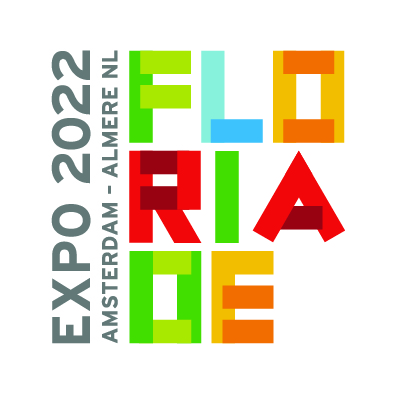 Join us in Oberammergau for an unforgettable once-in-a-decade performance.
Scenic is now accepting bookings for the Passion Play 2022 – Oberammergau. In 2022 the community of Oberammergau in Bavaria, Germany, will perform the Passion Play for the 42nd time.
Scenic is inviting you to be part of this unforgettable experience which only occurs once every 10 years.
In 1633, the residents of Oberammergau vowed that if they were spared from the bubonic plague sweeping the region, they would produce a play for all time depicting the life and death of Jesus.

When the death rate began to subside, the villagers decided they had been spared.

The first play was performed in 1634, and it has run ever since - for 388 years. It’s the world’s longest-running play and widely regarded as the most important Passion Play in the world.

If you’re a food and wine lover who would like to take your travel experience in France a little further, consider the two new river cruises for 2021 – Tastes of Southern France and Flavours of Bordeaux. These are a foodie’s delight and feature additional food, wine, and produce-related experiences along with the much-enjoyed included Scenic Enrich and Scenic Freechoice experiences in these regions.
Cruise the rivers of Bordeaux and South of France in truly all-inclusive luxury on board Scenic Diamond and Scenic Sapphire and enjoy some of the most romantic places on Earth.
View culinary cruises

With Scenic, you can enjoy Christmas your own way. Join us to experience a Christmas like never before.
From a traditional white Christmas spent exploring Europe’s charming Christmas markets, admiring the twinkling Christmas lights in the Canadian Rockies, to an exotic Christmas traversing South East Asia’s fascinating waterways.
Cruise in all-inclusive luxury on board Scenic Eclipse and celebrate Christmas surrounded by the wonders of Antarctica or ring in the New Year in the Falkland Islands and South Georgia.
Join us in 2021 to experience a Christmas like never before. Whatever destination you choose, we look forward to welcoming you on one of our exceptional journeys.
view all Christmas cruises

Our commitment to your health & safety

Whilst the world may have changed, our commitment to the extraordinary all-inclusive travel experience, our guest’s and crew’s health, safety and wellbeing remains our key priority.

If you're new to river cruising, our first time river cruise guide has been created to answer all your questions and help you choose one of our award-winning cruises that's right for you.

A Scenic Space-Ship is more than a standard river vessel – it’s a custom-built luxury ship created to access smaller ports and meticulously designed to offer maximum space and comfort for no more than 163 guests while sailing.